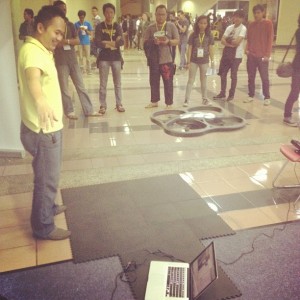 As an entrepreneur, I have found four software companies since 2003. The last one is DyCode, my current company, has been around for almost 6 years now. The two of three previous companies have died, the third is still around, yet I didn’t involve anymore. I co-founded DyCode in 2007 with 5 other founders. Now, I’m the only survivor out of original founders, but recently two new co-founders jumped in to the ship.

As a developer, I’ve been coding since 15 years old, it’s half of my life now. I’ve coded in almost all well-known languages and frameworks, Assembly, Pascal, Basic, Shell scripting, PHP, C, C++, Java, Oracle PL/SQL, Visual Basic, .NET (VB.NET and C#), Objective-C, you name it! That’s because of my passion of the new stuffs in software development (in anything actually), and always adopt new technology both for myself and my company. Recently though, my interests are mostly in Objective-C (iOS mostly), .NET, and Qt (in that order). As a software development professional, I’ve been managing and developing more than 40 software projects.

You can hire me through my companies: DyCode or DycodeX.

9 thoughts on “About Me”