Movreak is one of the oldest iOS apps from Indonesia, that stays alive for 7 years since May 2010. Please mention one or two apps released in about the same year that still exists until now 🙂

It finally got a major update in version 5, which brings Movreak to its core – a movie showtime and review app – yet with abundance of new and supercharged stuffs. The last major update was 4 years ago, when I was still the only one who did everything from iOS frontend to everything in the backend – including the mighty movie and showtime crawlers. All was with the help from my wife on UI design, as I suck at it.

Version 5 brings the heavily redesigned UI, streamlined features, and hey… it’s built from the ground up. Yes, we literally threw away all of the old code, create new project in Xcode and select Swift as the programming language, and scavenge any algorithms as much as we can from the old code. Up until this version, Movreak was still written in Objective-C – that some of you may never see what it looks like – a C-wrapper, reference counted, OOP language, that’s very hard to get it right. Don’t get me wrong, Objective-C is powerful, and it’s safe and sound, still well-maintained by Apple.

Not only that, v5 brings one thing I value the most, it’s a team effort. As I said, since v1 to v4, I’m the only one who wrote everything, stir most of its features direction, it’s all about me. Version 5 is all about team. All iOS’ Swift code is written by DyCode’s CTO, UI is designed by DyCode’s Chief Design Officer and her team, the backend is now enhanced and maintained by more than one person, and not to mention there’s a dedicated developer for the Android version that will be hopefully updated soon. Feature direction is now discussed and decided by a team of passionated people, who’re really the user of the app.

If you ask me, deep inside it hurt my ego for letting anyone “messing” around with my creation. The process is indeed not going as fast as I personally expected, but now we can be sure that the future of Movreak is more guaranteed, by a team, not a single person. There’s a saying:

Going together sounds pretty good to me.

Now open that App Store, and update your Movreak app. 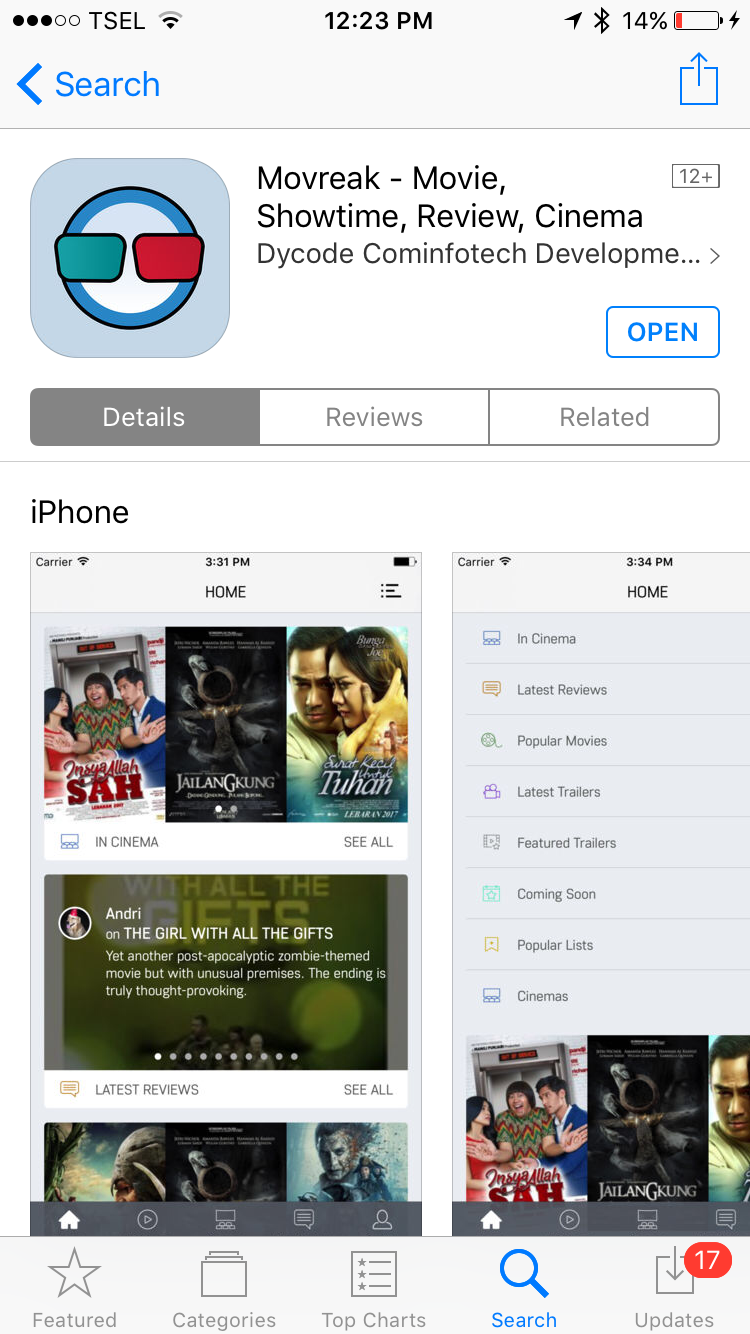 Note: this v5 update is for paid version just for now. For the free version, just stay tune, we have something you might like.

2 thoughts on “Movreak for iOS v5”