No, “RIoT” is not the “riot” literally. We are not planning to make a riot and disturb the peace in Indonesia, especially around the celebration of its 72nd Independence Day on last August 17. Long live Indonesia!

However, RIoT or Republic of IoT is indeed a “riot” to enliven the ecosystem of Internet of Things (IoT) in Indonesia. Often than not, this country needs a “riot” – literally or figuratively – to make things “heard”. IoT is still so young in Indonesia, it needs tremendous efforts to cultivate it, let alone exploit it. May RIoT be one of those efforts.

But why IoT? Is the buzzword so important for the country? IoT is just an old stuff wrapped in new package, after all. Well… at least the foundations are not really new. The truth is, IoT is the convergence of several technologies that previously seemed to evolve in their respective domains – embedded systems, sensors and actuators, firmware, apps, connectivity and networks, cloud computing, machine learning, even artificial intelligence – some or all now working together to enable smarter new services or applications, more beneficial to humans. Apparently, technology-based problem solving, cannot only leverage the software or apps, but sometime needs the help of “smart” hardware and also supported by the bunch of technologies above, hence IoT. Indonesia has many problems, yet tremendous potentials, and needs comprehensive technology-based solutions. IoT may be one of the enabler technologies.

Yep, IoT is just an enabler technology, not the solution itself. Hence, it takes our effort to look into the problems and brilliant ideas to “hack” into working solutions, which may be enabled with IoT. RIoT has an objective to facilitate the emergence of these ideas, and implement them into tangible products, at least to the prototype stage.

So, what is RIoT?

RIoT is a community effort to organize a series of events in form of 3 days seminar and 2 days hackathon, in the hope to educate and facilitate the nation youth to create products and solutions based on IoT.

The seminar will be delivered by government representatives, academics, industry players, and community activists around IoT, who are expected to transfer their thoughts, knowledge and best practices in the industry, that hopefully be able to trigger the emergence of new and brilliant ideas.

The implementation of those ideas into product prototypes will be facilitated through 2 days of hackathon. Our deepest hope as the organizer, is that the prototype will be continually developed and nurtured by “hacktheles” even after the hackathon, so it really will become a product that has significant and positive impact for Indonesia and the world.

How did it all begin? The idea of organizing RIoT began with my casual discussion with Dato Lai, one of MyIoTC (a consortium of IoT technology companies in Malaysia) initiators, at an event in Bandung city, which happens to be IoT-related as well. I must admit that Malaysia is more progressing than Indonesia in term of IoT, especially in hardware and electronics, and already supported with a good ecosystem. However, Indonesia has the same potentials, according to Dato Lai. And we’re agree on the need to kickstart IoT in Indonesia, for instance: with a hacktahon event. And the idea of IoT hackathon in Bandung was born, right there.

Quite honestly, I almost forgot about the idea, probably because I was drowning in my work. Until finally reminded by a colleague from Malaysia – Choo Sui Hong – who happens to be a high-ranking officer in Cytron Technologies, a company that also happens to be a member of MyIoTC. From there, the initiation of ideas and discussions began that led to the formulation of RIoT. We finally agreed on RIoT will be held in Bandung, organized by two IoT communities from Indonesia and Malaysia, is Makestro and MyIoTC.

Where did the Republic of IoT name come from? Is it just Indonesia that is Republic, while Malaysia is Federation, not Republic. The word “Republic” in “Republic of IoT” has nothing to do with the form of government of the organizing countries. Makestro team has discussed and explored many name alternatives. By considering that IoT is relatively new in Indonesia, even in the region, we argue that IoT needs to be “democratized” in order to be accessible to everyone. The word “democratize” in English means “make (something) accessible to everyone”, that’s exactly what’s in our head. Although not always, but the constitution of democracy is closely related to Republic. Hence, Republic of IoT. So, please don’t relate the name with political issue, that are sometimes quite sensitive. And hey, let’s admit that the name is quite catchy, eh? 🙂

I often want to cry happily considering the abundance of supports to RIoT. I need to emphasize that RIoT is a community event, not a principal or government event. So it’s a must that a community event needs support and sponsorship from all possible parties. Not to make profit, simple to make the event possible.

Initial support came from two IoT companies from Indonesia and Malaysia, which happens to be the driver behind Makestro and MyIoTC. They are DycodeX and Cytron. Not long after that, more supports coming up from MyIoTC’s relations, be they’re MDEC, SilTerra, Autodesk, Intel, and a.til.ze.

Domestic supports began to come as well. The collaboration with a Ministry of Indonesia KOMINFO began, which in the process bringing a lot of supports from Indonesia, which one of them was from GE Indonesia. KOMINFO then organized an IoT Forum Group Discussion that brought together the representatives of government institutions, associations, industry players, academics, and practitioners, in the effort to introduce the RIoT initiative, while initiating the discussions of IoT in general for Indonesia.

Another domestic support came from my friends at Microsoft Indonesia which’s kind enough to support RIoT through its Microsoft Azure team.

At the last minutes, we are very thankful to have the support from Telkom Indonesia, through its Indigo program. The support was so big, which without it, it’s almost impossible to carry out RIoT in a prestigious and spacious venue as in Bandung Digital Valley.

It’s not over yet. The last support came from the maker of ESP32 microcontroller chip – the chip that became the brain of the official development board for RIoT hackathon. It’s the one and the only Espressif System. Please read their press release to officially support RIoT here. ESP32 itself is still a new product, and RIoT is the first hackathon in Indonesia, and probably in Southeast Asia, which features ESP32 as the microcontroller for its official hardware.

Oh… by the way, here are the offcial hardware: ESPectro32 and Alora Board. They’re custom-designed and researched by DycodeX, mass-produced by Cytron. Not often to see a hardware hackathon makes and offers its own custom hardware. It’s also a proof that RIoT is not a principal event. 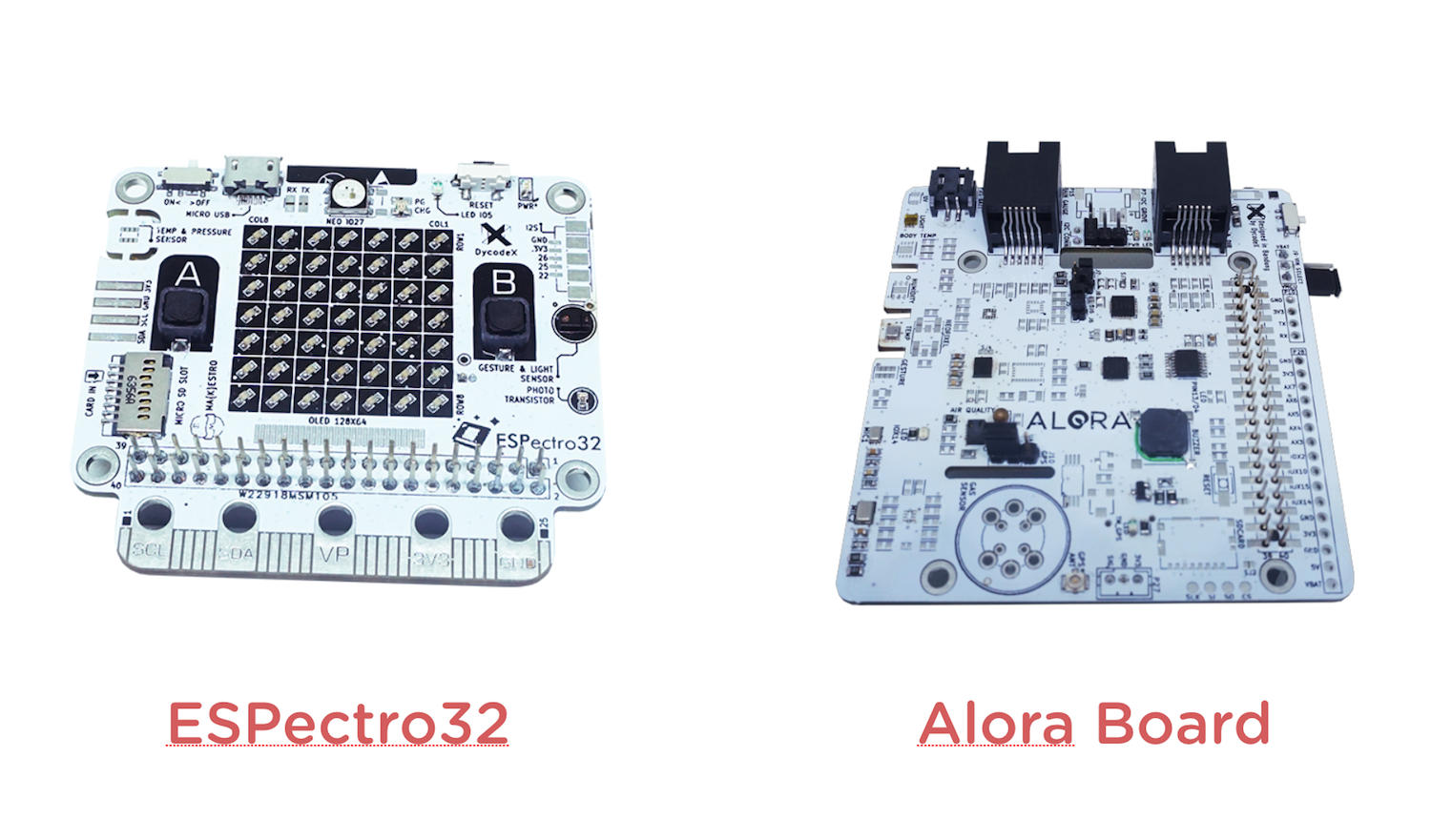 Not to mention the unparalleled support of the communities, both local and national, companies, universities, who proactively supported from the moment of initiation, Road To RIoT, until the D-day. And of course, this “riot” is not possible to be heard without the help of media partners. 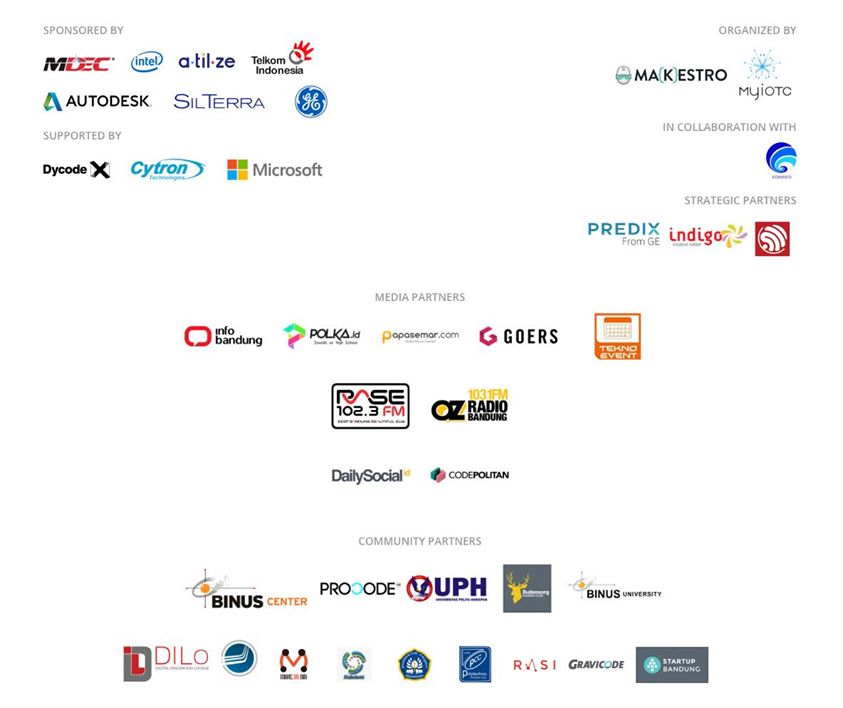 The series of RIoT events is commenced officially today, August 23, 2017. Have a great conference and hackathon! Don’t forget to make friends.

—-
We dedicate the Republic of IoT to Indonesia, Malaysia and the world!